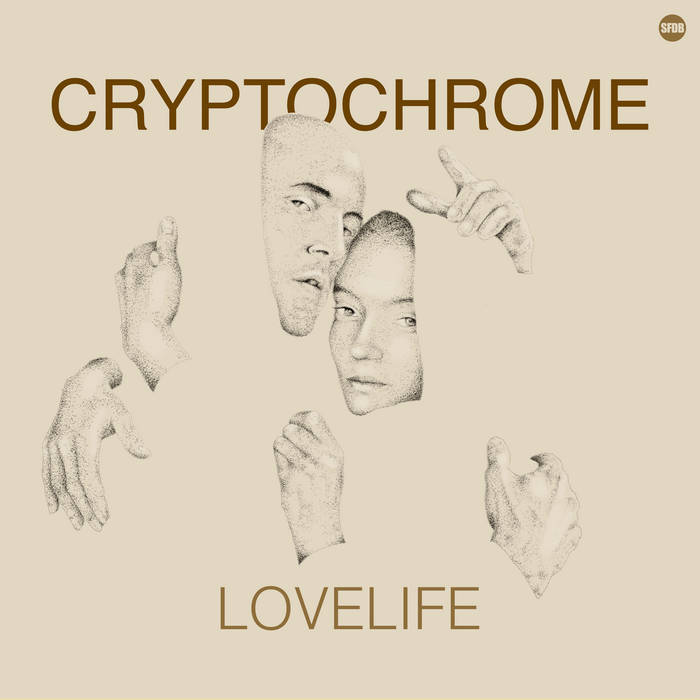 In all honesty, ‘Lovelife’ probably started its life way back in 2004. To explain:

UK underground rap legend Anik of DARK CIRCLE was working at an
independent hip hop record distribution company in London. Becoming ever more disillusioned by the obligatory, repetitive sound of the scene at the time, he had virtually given up hope of ever hearing anything fresh from the genre, and was already planning his make or break move to Iceland. That’s when he came across SECONDSON and TASK FORCE’s self titled record that famously featured UK Hip Hop standard ‘Valley of the Crows’.

Anik reminisces, “It was beautiful, and it sounded even more beautiful than it looked. So free of the usual restraints placed on ‘rap’ music, it was so close to how I had hoped music could be.” So when SECONDSON called the office to audit some stock, Anik seized his chance to express his praise; “hey man, I love your music, let’s work.” The answer came back “sorry, I’m not looking to work with any rappers at the moment.”

Taking the rather curt answer on the chin, Anik hangs up the phone, and begins his move to Reykjavík.

Let’s time warp to 2016, by now Anik has formed the group CRYPTOCHROME with his songstress wife Una, and is in the middle of releasing a video a month from their album ‘More Human.’

SECONDSON at this point has already produced a gold record, along with his many other accolades. So Anik plucks up and gets in touch again. This time though, things are very different as SECONDSON recalls. “The thing with Anik and I, is that we adapted musically, we evolved and survived, we became more musical and not stuck in an obligatory scene”

With this, an agreement came. Let’s do it!

The result, CRYPTOCHROME’s ‘Lovelife.’ An endearing presentation of a labour of absolute love, dedication, time, refinement, polishing, opening up, and letting it all out. Anik and Una wrote more personally and intimately than they had ever done before. About themselves, each other, their open relationships. It was stark, honest and perfect.

SECONDSON sourced sounds he had always wanted to explore, travelling to the mines of Stonehenge for rhythm, explored sonic art and alternate recording techniques, deeply involved and instilled in every step of the process.

One day, by pure serendipity, Anik was lent a prototype halldorophone from an old acquaintance, the artist Halldór Úlfarsson, who invented the incredible instrument that Emmy and Golden Globe winner HILDUR GUÐNADÓTTIR has used on many of her scores like Joker, Chernobyl and Arrival.

Everyone was spellbound, Anik had to put them in touch, and they hit it off instantly. Halldór started building him a bespoke instrument,

Analogue. Soulful. Honest. Deeply personal. Haunting, but uplifting.
Delicate but equally powerful. CRYPTOCHROME’s ‘Lovelife’ is the kind of record that can be listened to over and over again, each time discovering something new within the many interweaving layers of sound and expression.

Bandcamp Daily  your guide to the world of Bandcamp